There’s a thought experiment that’s used to explain special relativity called the twin paradox (stop me if you’ve heard this one before). In this scenario a pair of identical twins is separated when sibling #1 boards a rocket and blasts off towards a distant star travelling faster than the speed of light. Sibling #2 is then left to kick their heels on terra firma and, presumably, wonder what life choices made their astronaut counterparts so much more successful than them.

After the multi-year voyage, during which sibling #2 ages as normal, sibling #1 arrives home on earth to general adulation and, to add insult to injury, is now younger than their twin as well. The reason for this; age is all relative.

Hine cellar master Eric Forget selects a handful of casks from certain vintages to embark on their own long voyage.  ‘We age all vintages for two years in Jarnac, the legal minimum, then we split the batch into two parts. We keep one here and the second part is sent to the UK where it’s much colder and more humid.’ It is this movement of young Cognac to British shores for further ageing which gave rise to the term ‘early landed, late bottled’, referring to the transport of the spirit early in its life for further maturation on British shores. 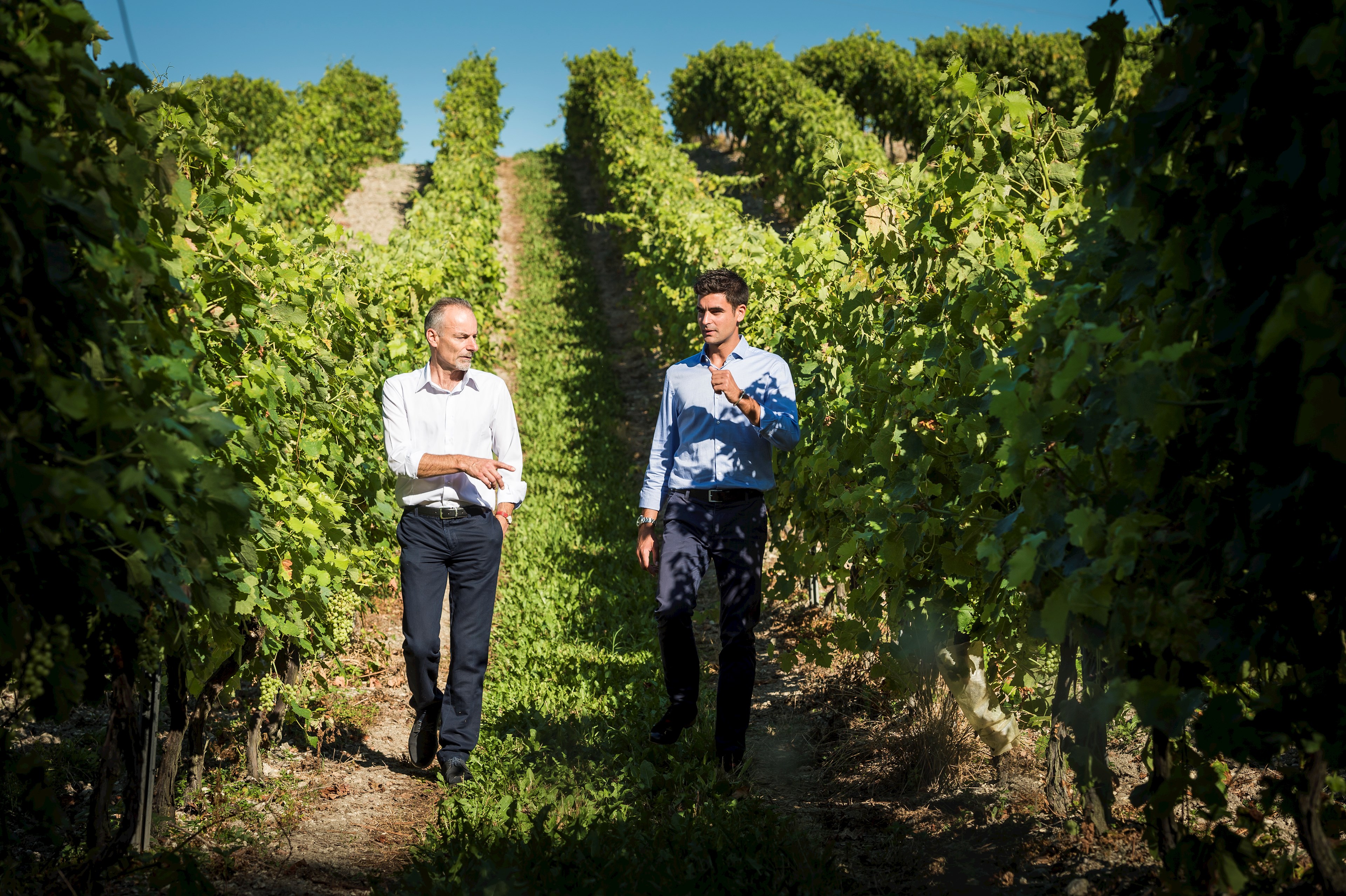 While far from the most straightforward way to age eau-de-vie, this practice does serve a purpose. In the famously wet and chilly climate for which Britain is known, alcohol evaporates quickly, while other reactions that take place during the ageing process remain slow and steady. ‘In these conditions the barrels undergo a special evolution. At the end the result is fruiter, they keep their freshness, they are still lively in comparison with the ones aged in Jarnac.’ For Eric, these unusual eaux-de-vie represent not just another aspect of Hine’s character, but an important link to its history. ‘It’s an old practice from when the business with the wine merchants in the UK was very important – two  centuries ago, more or less – when barrels of Cognac would be shipped away in their first years, not pre-aged but newly filled.’

Quintessentially French though it may be, Cognac has always played to an international audience. Ever since Dutch traders with cutting-edge stills showed up in the Charente in the 17th century the industry there has been geared towards the export market. The region already had an established merchant class who’d grown rich exporting its salt, wine, and paper. Building on their existing trade routes, these forerunners to the modern Cognac houses used the ports of La Rochelle and Tonnay-Charente to bring their spirits to the world.  Across the channel, they found wealthy customers who were willing to pay a little more for top-quality drams. The thirstiest market of all: England.

In his authoritative book Cognac the late, great Nicholas Faith points to the arrival in London of brandy from the region as a defining point in its history. “In the last forty years of the seventeenth century the drinkers of the café society of London after the restoration of the dissolute Charles II had developed a marked taste for luxury beverages[…] The first decade of the eighteenth century saw the emergence of ‘coniack brandy’. Indeed, the first mention of a specific eau-de-vie de Cognac came from 1710.” The English market demanded brandy of particular provenance, with spirit from ‘the champaigns’ being particularly prized. To meet this demand, import concerns would acquire casks in France and ship them to Bristol or London for further maturation in their warehouses. The resulting brandies were light in colour, showing less oak influence than their continental counterparts. These ‘early landed, late bottled’ Cognacs became highly desirable and ultimately came to define the category for most Brits at the time. The lucrative London market helped to expand the Cognac industry and establish it as a global phenomenon – all of which was driven by these pale and interesting eaux-de-vie.

Houses with strong ties in England maintained their own cellars along the Thames and Avon rivers. Chief among these were Delamain and Hine – Thomas Hine being a native of Dorset who married into the Cognac industry after the French Revolution. ‘For us, early landed is very important,’ Says Eric Forget. ‘Hine is, from our roots, English. We have kept not only the name but the style, which is close to that which was being made two centuries ago.’ Changing tastes and fashions have seen early landed go from height of fashion to small sub-category. In fact, only Hine still produces the early landed style in any meaningful volume. But in preserving its tradition they offer brandies of unique elegance and poise, as well as a demonstration of the effects it’s possible to achieve through creative maturation. 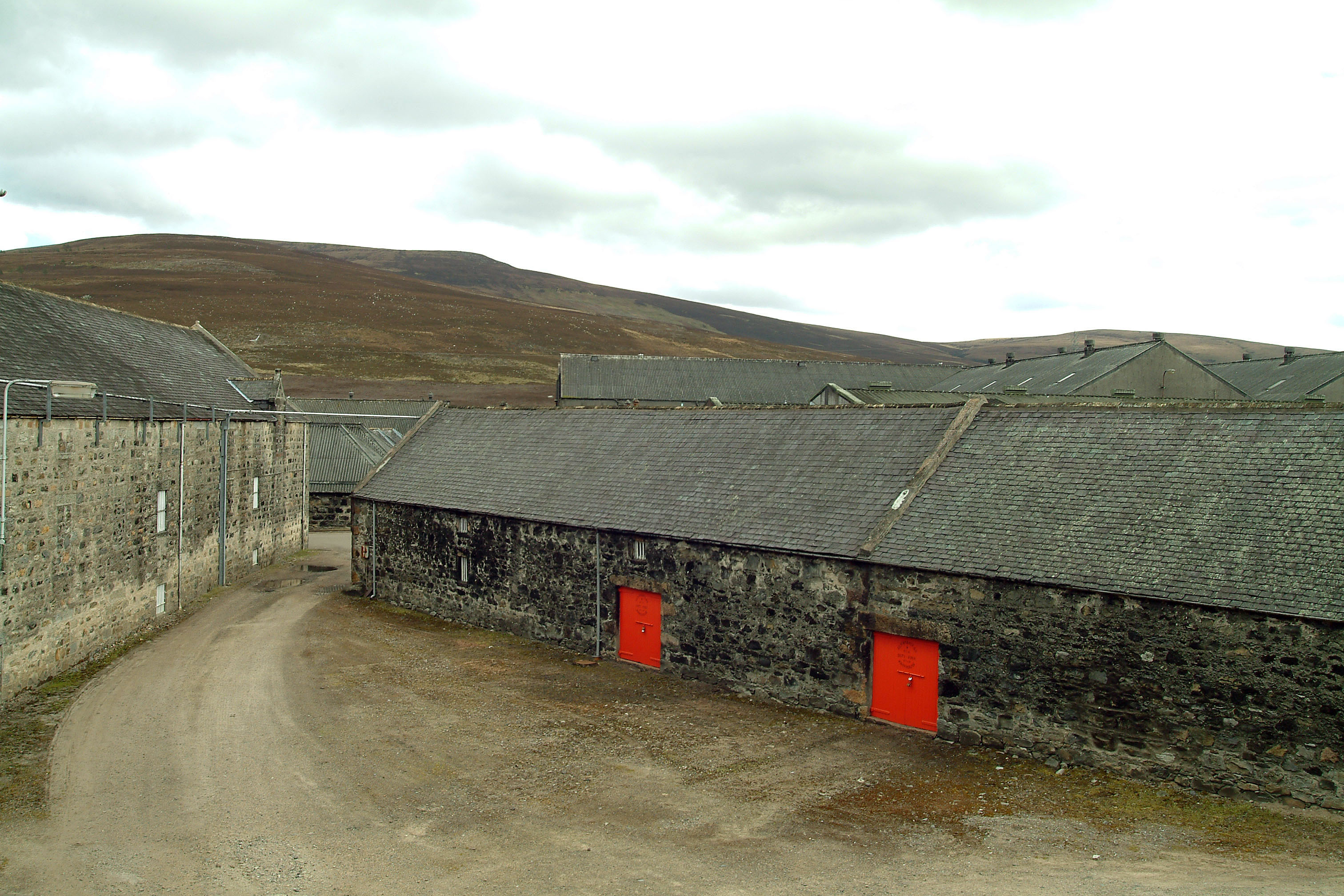 Eight years ago, Hine’s stocks in Bristol were moved to warehousing by the river Spey. In their new home the eaux-de-vie enjoy the same mild and humid conditions that have been used to mature Scotch whisky for hundreds of years. ‘In Bristol, the cellar was underground, it was a cave, very humid. In Speyside the conditions are a little different. Are the results very different? I couldn’t say, it’s too early but I believe we could be at the same level.’ After resting in Speyside for two-or-more decades the barrels will ultimately head home to Jarnac for bottling. There they will be reunited with their siblings, the casks aged in the cellars around Hine House.

According to Eric, the difference in character between the two is quite profound. ‘They have less body, but the nose is more expressive, more on flowers and fruit. There’s an impression of citrus, a lot of people say orange or pomelo. I love the nose of early landed, it’s something really special and something that we couldn’t make here in France.’ He describes these separated barrels as ‘like twins,’ the early landed seeming ‘a little younger, a little more nervous.’ Proving that, as in the case of the astronaut and their sibling, age really is relative.

The next early landed vintage to be released will be 1999, which Eric hopes to bottle in 2021. ‘We release a vintage only if the quality is high enough – it doesn’t happen every year,’ he says. ‘A vintage isn’t just the date on the label, it describes a personality that takes maybe 20 years to emerge.’ As it stands, these casks account for only a small percentage of Hine’s output – though that could be set to change. ‘We really want to push ahead with early landed. We want to keep it alive, we want to develop it. Because it’s part of our history, it’s part of our identity.’ It seems that early landed Cognac, which was so important to the category’s past, may also play a part in its future. At Hine, at least, the tradition will not be forgotten.